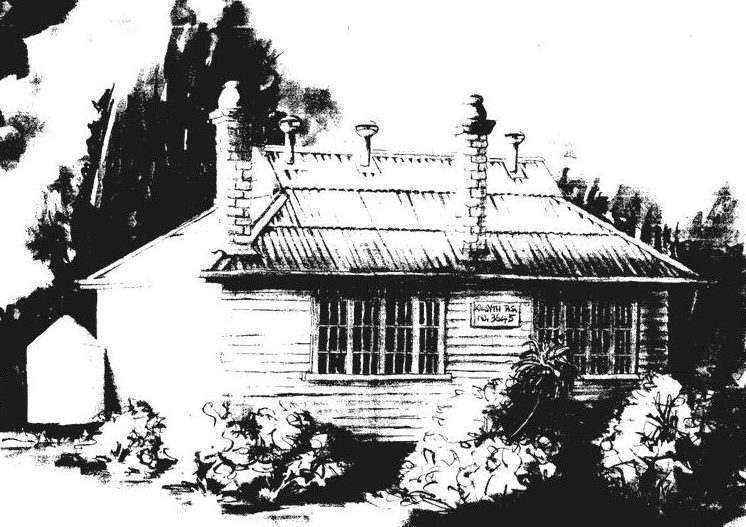 Kilsyth Primary School was established in 1910 in the first hall built in the Kilsyth area by local storekeeper, J. Wilken.  The hall was leased by the Education Department to establish a school.  Situated near where the Veterinary Surgeon is today, near the corner of Liverpool and Mt. Dandenong Rds, The Kilsyth School was opened on 1st April 1910 with 45 students.  Miss Florence Hale was the first Head Mistress.

In 1912, a site of two acres was purchased for £120, known locally as ‘Cameron’s Paddock’ and the current site of Kilsyth Primary School. Two timber classrooms were erected and first occupied in 1915 and were used continually until a fire destroyed the school in 1997.
The triangular paddock opposite the school was where the children kept their ponies during school time, providing the owner’s horses were fed first.
Many of the children walked at least three miles to school. Down Liverpool Road there was a big, open floodwater drain over which was a white bridge. In the winter, the road was often flooded and the children took off their shoes and socks and waded through.
Sport was always a highlight of the week. ‘Make-up’ teams played games at lunch times; rounders and football matches were played against Montrose and Croydon schools. The teams walked both ways. Concerts were a regular feature of the school year. These were held in the hall. The hall, which was used as the school in 1910, was used regularly for dances, bazaars and agricultural shows, as well as for school concerts. Unfortunately, in 1934, the hall plus the store, house and blacksmith’s shop were burnt down. The one fire cart from Croydon arrived too late to save the buildings.

1936-1960 was an era of steady growth for the school. From 1952 – 1960, seven rooms were added. In 1955, the school grounds were extended with the purchase of three acres from a Mr. Marriott.
Subjects taught at school during this era were: Spelling, Arithmetic, Reading, Grammar, Geography, History, Poetry, Drawing and Pastels, Gardening, Singing and Basketwork. The playground included a flower garden, vegetable plots and a small amount of bushland. Also in the playground were two shelter sheds and a very large wood heap. The older boys had to chop the wood whilst all pupils had to keep the grounds tidy. Monitors made ink out of powder and filled the inkwells each morning.

Tremendous changes took place during the period of 1961 – 1985. In 1961 the school’s enrolment was 363 and peaked at 789 in 1973. New schools in the district were opened at Ruskin Park, Pembroke, Kilsyth East and Gladesville. When Gladesville opened in 1974 approximately 200 children transferred. Several new buildings were erected in the sixties, and following a major development fundraising campaign by the School Committees and the Mothers’ Club, a Library, Art room and canteen were added. During the early eighties, as enrolments declined, many of the rooms were remodelled and used for Phys. Ed, Music and as a multi-purpose room. The school oval was also completed in the early eighties.
During the late eighties a large adventure playground was constructed between the main school building and the oval. This provided a vital play and shelter point for the students. Grounds improvements continued with further work on the oval and an in-ground watering system established to water the substantial garden beds.
The late eighties and early nineties saw enrolments remain fairly constant around the 300-350 mark. Music, Physical Education, Library and Art were major components of the curriculum along with a well developed curriculum in the classrooms.

During the early nineties some major building works resulted in a completely new administration area which included the office, Principal and Assistant Principal offices. The school’s enrolments were slowly decreasing to around 230 students by 1995.
The summer of 1996 saw the revamping of the staff room into a very modern facility and in 1997, the complete renovation of the school under the Department of Education School Maintenance Program. Electrical systems, plumbing and classrooms were completed renovated with new sky-light ceilings in the corridors, the school painted throughout and all maintenance updated. Handover was to be August 28. That is until a massive fire completely destroyed the entire school on Monday evening, the 25th of August 1997. It began around 10.30pm, somewhere in the centre of the school and spread very quickly to the remainder of the school, finally being brought under control 4 hours later. What had not been destroyed by fire had been destroyed by water used to bring the flames under control.
It was a devastating event for all staff, students and parents, especially those who attended the school as a primary student. At a public meeting the next day, the then Minister for Education, The Hon. Phillip Gude promised a new school for the community. Even though the students were very upset at what had happened, they missed only one day of school, being accommodated in the nearby Pembroke Secondary College Junior Campus from the following day. They remained there for 6 days and returned to a school that had been built with portable classrooms in the rear car park. The school community showed tremendous resilience in the face of adversity when a working bee attended by over 100 people saw a playground re-established around the fenced-off destroyed buildings. Over the 3 weeks before the third term holidays, staff, students, School Council and community worked extremely hard to establish a working school for the students, with bare buildings and very few teaching resources.
Over the next 2 years an enormous amount of work was completed to make the portable school one of which the students could be proud. The healing process for many who were distressed by the event was sometimes very slow. During 1998 the Victorian Government announced funding for the present modern school buildings and the Principal and School Council began the planning and building process to re-establish the students and staff back on the original site. On August 25 1999, the second anniversary of the fire, the students moved into their new school. Resources were very new and as enrolments increased, the future once again looked bright for Kilsyth Primary School.
As part of the re-building process, a school hall was included after School Council considered its benefits and made some changes to the school’s original plans.
Through the early 2000s, the curriculum included Indonesian as its Language Other Than English, Physical Education and Music. Enrolments continued to climb until its peak in 2003 at 334 students. A modern multi-purpose room was built and established during 2004/2005 to be used as a music room, physical education store room and a special area for our parent community to meet.
In 2009, with funding from the Federal Government, building commenced on a new 4-classroom building.The old portable classrooms were whisked away and classes were held in the hall, the library and the performing arts building while we watched our fabulous new building take shape.

2010 and beyond Looking to the future

In recent years Kilsyth Primary School has continued to go from strength to strength. Strong leadership and strategic investment in digital technologies has seen the school focus on preparing young people for an ever changing future. Kilsyth Primary School continues to work hard to be a vibrant and energetic participant in the local community.